We have been active in the management, leasing, construction and development/repositioning of retail and office space in the Canadian real estate market for the last 25 years. The portfolio of properties presently under our management comprises a total area of approximately 13 million square feet concentrated in the thriving Montreal, Quebec City and Toronto markets.

To create value, we rely on our in-depth knowledge of the Quebec and Ontario real estate markets. When we undertake the revitalization of a property, we draw inspiration from the building's design and the demographic profile of its trade area to create leasable space that is immediately relevant to the market. 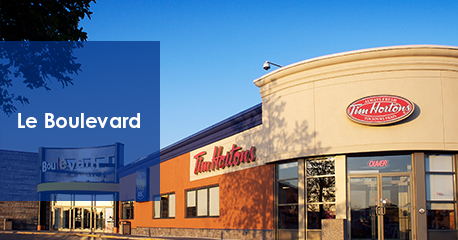 Le Boulevard was one of the first shopping centres in Canada. It was originally a strip mall, built in the eastern district of Montreal in 1952. Apart from its conversion into an enclosed mall in the late 1970s, the centre has not been touched prior to Crofton Moore's involvement in 2006. Since that time, Le Boulevard has experienced impressive progress, thanks to significant renovations, an influx of new tenants, and a solid marketing approach. Today it has taken its position as a major player within its trade area. 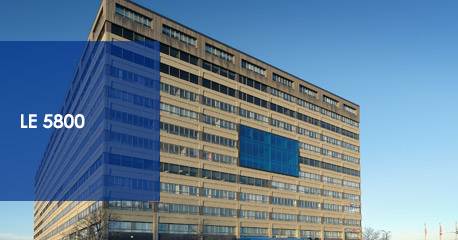 Formerly known as Place de la Mode, the building became Le 5800 as the market for loft industrial space dissipated and Crofton Moore began the process of converting it to office space. The company moved its headquarters into the property and major investments in revitalizing the facade, lobby, corridors, and signage have been recently made. Crofton Moore incorporated a large square blue curtain wall onto its facade in order to distinguish itself within the Montreal marketplace. 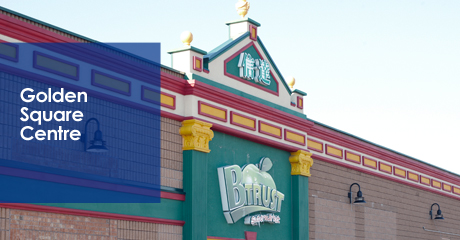 Originally established in an industrial building, the Golden Square Centre has been converted into retail space. As the property is located in an Asian community, Crofton Moore has transformed and enhanced the centre in order to make it the first choice for Asian consumers. 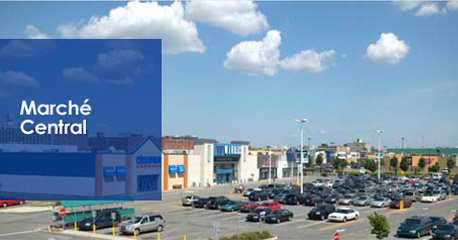 Marché Central is one of the original and most successful retail power centres in the country. The construction, development and leasing of the mega centre's expansion were executed in five phases, and we contributed to the development of four of these phases. Within the framework of this extensive project, we spearheaded the leasing of over 500,000 square feet of new retail space over a four-year period.

mmoss@croftonmoore.com
In founding Crofton Moore, Mitchell aimed to leverage his extensive knowledge of the Montreal, Ottawa and Toronto commercial real estate markets. Since its beginnings in 1997, the company has developed an impeccable reputation and achieved exceptional success under his direction. Mitchell, who holds an MBA from McGill University, is a member of the UDI, ICSC, BOMA and OACIQ associations. He has over 25 years of experience in commercial real estate.
Christopher Arnaoutelis
Vice-President, Operations & Construction

carnaoutelis@croftonmoore.com
Christopher has over 30 years of experience in operations & construction in the commercial real estate industry. Over the years, Christopher has worked in property management, construction and development with several real estate firms such as Canderel, Great-West Life, Magil Laurentian and Kevric. Over the previous thirty years’ experience, he has managed national portfolios and has worked on complex construction projects in Battery Park (NYC), Canary Wharf (UK) and Dallas as well as the execution of key capital expenditure projects. He has a proven track record of delivering projects on time and on budget, while continuously challenging conventional practices. He is responsible for all aspects of operations and construction for the Crofton Moore real estate portfolio. Christopher obtained a BCom from Concordia University.
Abie Grunspan
Vice-President, Retail Leasing
Extension 206

agrunspan@croftonmoore.com
Abie Grunspan has held executive retail leasing positions during his 30 years in the commercial real estate industry. Abie has been successful in creating value in the leasing and development of regional malls and power centres across Canada. Abie obtained a Bachelor of Commerce Degree from McGill University in 1984, and is a member of OACIQ and ICSC. He is responsible for the overall retail leasing portfolio as well as new retail real estate business development for Crofton Moore.
Paul Jussaume
Vice-President

pjussaume@croftonmoore.com
Paul has over 30 years real estate experience in the areas of residential, office and industrial. Over the years, Paul has worked with many landmark properties in Montreal, Ottawa & Halifax and has extensive experience working in sales & marketing, leasing, capital expenditure programs and asset management. He has worked with tier-1 publicly traded companies, pension fund advisors as well as private real estate entities. Paul obtained a Bachelor of Commerce (Finance) from Concordia University and is a fully licensed real estate broker (OACIQ).
Luisa Gianino
Senior Director, Office Leasing
Extension 208

lgianino@croftonmoore.com
Luisa Gianino has 30 years of experience in leasing in the commercial real estate industry. She has worked with several real estate firms such as Canderel, Cadillac Fairview and the Tidan Group. Luisa has a solid and diverse background in the office, retail and industrial sectors. Over the past 30 years, her achievements include negotiating many complex leasing transactions in the industrial, office and retail sectors. As Senior Director–Office Leasing, Luisa Gianino’s broad experience with operational issues and leasing negotiations are important assets to Crofton Moore. Her work ethic and professionalism as well as her tenacity are greatly appreciated by the brokerage community and tenants. Luisa holds a Management Certificate from the University of Concordia.
Matthew Moss
Director, investments & asset management
Extension 226

lcayer@croftonmoore.com
For over 25 years Louise has pursued the profession of accounting, more than 16 of them with Crofton Moore. A valued member of the management team, she oversees accounting operations for all the properties in the company's portfolio, as well as our corporate accounting. Louise has extensive experience with the Yardi Voyager accounting system as well as Argus.